According to the Corporation and National Community Service, an organization sponsored by the U.S. Congress to measure volunteering in America, the rate of volunteering and civic engagement in Nevada and in the United States has fallen over the past few years from a high in 2003.
Nevada’s trends indicate volunteerism dropped significantly in 2004, and gradually increased during the financial crisis between 2009 and 2011, dropping and holding steady since 2012. Overall trends in the U.S. indicate a steady decline since 2005.

Here’s how Nevada stacked up in 2014, the most recent available year:
• 19.4% of residents volunteer, ranking us 49th among the 50 states and Washington, DC. compared to the national average of about 25%. Utah far outranked any state in the Union with 46% of citizens volunteering, outpacing number two Idaho by over 10%. Utah’s volunteers spend more time tutoring and mentoring youth than any other volunteer services, and over 64% of Utah’s volunteers do so through religious outlets.
• Religious and educational volunteering made up over 50% of Nevada’s volunteer hours, with food collection and tutoring being the primary activities.
• Nevada’s college students volunteer at a higher rate, 23.7%, than any other age group in the state. Nationally, college students are twice as likely to volunteer as other age groups.
• 425,440 volunteers
• 25.9 volunteer hours per capita vs. 32.1 for the U.S.
• 56.9 million hours of service
• $1.3 billion of service contributed
• 48.4% of residents donate $25 or more to charity vs. 50.5% nationally

Research shows that besides being the right thing to do, volunteering is linked to a 27% higher chance of finding work while unemployed.
Volunteers are twice as likely to donate to charity as non-volunteers. While 88% of volunteers donated to charity, 40% of non-volunteers donated.
Generation X, the generation between Baby Boomers and Millennials, had the highest percentage of volunteers at 30%, while the Silent Generation, those over 75 years of age, had the highest average donated hours. 20% of Millennials volunteered in 2014.
At Fingerprinting Express, we make volunteering a priority by offering discounts to people who need fingerprint background checks done in order to volunteer. From the top down at Fingerprinting Express, our staff volunteers for various worthwhile causes.
We urge you to consider donating your time. If you don’t have time, please consider opening your wallet. Download the app Charity Navigator to find a charity you can trust. People are hungry, lonely and in need of mentoring, tutoring or seeing a friendly face. For information on where you can help, visit Nevada Volunteers, the Governor’s Commission on Service. 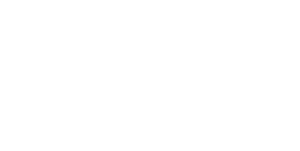